Countries recovering from conflicts face economic and institutional
devastation ¯ of vital infrastructure such as schools, factories, communication networks, roads, railways, and water systems, as well as diminished human resources, a very weak legal structure and governmental institutions. In this context, policymakers are faced with the task of creating an integrated and comprehensive approach to post-conflict reconstruction with a view to sustainable economic development, political stability and peace consolidation.
In trying to meet these objectives, foreign direct investment (FDI) can complement internally generated revenue and foreign aid and bring added advantages, both tangible and intangible. FDI helps to create job opportunities, which are so desperately needed for post-conflict countries to achieve long-term economic stability. It transfers new skills and technologies, provides private capital to increase the productive capacity of the host economy, and facilitates access to international markets - helping countries to move from aid-dependent to investment-driven reconstruction. By providing legitimate economic activities, FDI helps to reintegrate former combatants into the society, thus removing the incentives of the war
economy.

For investors, the post-conflict environment provides attractive opportunities and the potential for high returns. However, foreign investors in post-conflict countries are also faced with unique economic and political risks. There may be inadequate or non-existent legal and regulatory rules, while governments may breach contractual obligations, interfere with the property rights of investors, or even nationalize or expropriate the investments. There is also the overriding fear that the investment climate may quickly deteriorate in the event of resumption of conflict.

In overcoming such risks, post-conflict countries must provide assurances and incentives to improve the investment climate, while ensuring that in return, investors provides net benefits to the local economy and society. The legitimate expectations of potential investors must be adequately protected by the host country's legal and regulatory framework for foreign investment, including provisions for resolution of disputes between investors and the government.
This volume critically examines the various approaches to encouraging and regulating foreign investment in post-conflict countries. From the perspectives of both the foreign investor and the host country, it suggests how policymakers in post-conflict countries can design a foreign investment strategy that brings real and meaningful economic development as part of the wider peace-building process. FDI in post-conflict countries is discussed from different methodological perspectives, including comparative law and comparative politics, based on case studies of Afghanistan, Rwanda, DRC, Sierra Leone, Liberia, Colombia, Angola and Mozambique.
_______________________________
*Virtus C. Igbokwe was an in-house counsel at Shell Petroleum Development Company of Nigeria Limited, Port Harcourt in the early 90s. He obtained his LL.B from the University of Benin, Nigeria; LL.M from the University of British Columbia, Vancouver, Canada and a PhD in foreign investment arbitration from Osgoode Hall Law School of York University, Toronto, Canada. His research and writing interests are foreign investment arbitration, alternative dispute resolution and international business transactions. He is widely published in these areas. He is a member of Nigeria and Ontario Bars.
*Nicholas Turner is Academic Programme Associate in the United Nations University’s Institute for Sustainability and Peace in Tokyo. He holds an MA in international relations from the University of Kent in the UK, and previously worked for local government and charities there, as well as for Qinetiq Ltd on a Defence Training Review for the UK Armed Forces. He lectures at Aoyama Gakuin University and Hosei University in Tokyo, Japan. His research interests lie in human rights and ethics, focusing on just war theory, the responsibility to protect, and non-state actors in military conflict – including private military companies. His publications include World Religions and Norms of War (co-edited with Gregory M. Reichberg and Vesselin Popovski, United Nations University Press, 2009).
*Obijiofor Aginam is Academic Programme Officer and Director of Studies in the United Nations University’s Institute for Sustainability and Peace in Tokyo. Before joining the United Nations, he was a tenured Associate Professor of Law at Carleton University, Ottawa, Canada. In 1999-2001, he was Global Health Leadership Fellow and Legal Officer at the World Health Organization headquarters, Geneva. Dr. Aginam has held numerous research fellowships including the Social Science Research Council (SSRC) of New York Fellow on Global Security and Cooperation, and Fellow of the 21st Century Trust, U.K. He has been a visiting professor at universities in Costa Rica, Italy, South Africa, and Nigeria, and a recipient of the competitive research grant of the Social Sciences and Humanities Research Council (SSHRC) of Canada. He holds law degrees from Nigeria, Master of Laws from Queen's University at Kingston, Canada, and a Ph.D. from the University of British Columbia. He is the author of numerous academic publications including Global Health Governance: International Law and Public Health in a Divided World (Toronto: University of Toronto Press, 2005).
Publication date: September 2010 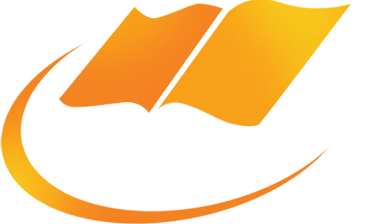